It’s been a whirlwind of events this April, with weather’s teasing early spring and winter snow that doesn’t want to give up.  Berry pickers understand the need for snow and rain on the ground.  “It’s still April and it will snow when it wants!” is what I have been saying.  April has its ups and down with spring expectations for good weather but its Alaska!  We will see unexpected weather changes that will not make everyone happy.  I have learned from growing up in the Yup’ik world view to see tomorrow as a time that might happen, pisqutekumteggu (plural).

Recent art events gave me confidence with Alaska traditional garments especially the traditional Yup’ik parkas, Qaliq.  Little words of encouragement can go a long way.  At the end of March I submitted the parka I made for the Adaptation – Fairbanks Arts 2019 Spring Juried Exhibition. The Juror was Alvin Amason . See fairbanksart.com. Mr. Amason was my Native Arts instructor back in the 1990s where I carved my first Yup’ik bowl.  At the last minute I made a cloth material parka with left over materials from qaspet and some fur.  It was a one week after work project!  I got it done and rushed over to the Bear Gallery to submit it for the art event.  I thought, I’ll just bring the actual fur parka in case they need it for comparison.  Once I got there, I decided to submit it.  I called the picture here, Iluungaqelriik (teasing girl to girl cousins):

I basically measured each shape same excepted added 1/4 inch for sewing machine space.  The hard parts were the small piece that required angle sewing.  The fun parts were the fast pace sewing that didn’t take me four months.  I had my heart set on the material parka to be picked.  I had no idea, like a fish out of water that the fur parka would be selected: 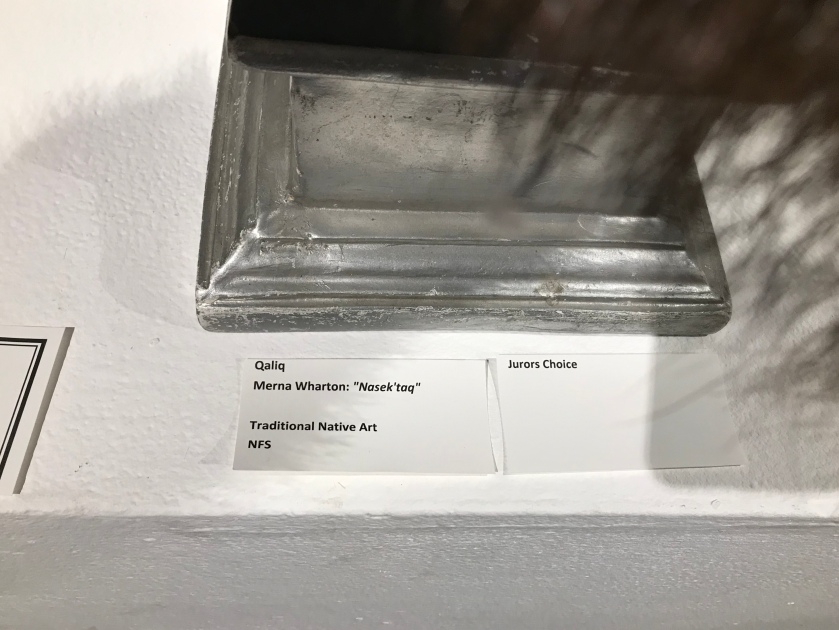 Having never done this kind of fun event, I was surprised, “what does this mean?!”  The night before the open house, I went to the Bear Gallery to hear Mr. Amason speak about his arts and adventures.  It was absolutely encouraging to hear a passionate Alaska Native artist talk about his work.  I want to share his words about the arts that were submitted;

Leaves are plenty and they are growing indeed!  Never give up what creativity comes from the heart and mind. Another mind blowing event happened to three of my poems, they got published!  Yes, it was another last minute submission, this time to Alaska Women Speak.    The theme was Trajectories.  I sent three poems with the main title, “Letters to the Tundra” – Take me to the Tundra, Magnetic Snow and Duck Soup in Spring.   Over fifteen years ago I had one published with Ice Floe, called “Tuberculosis.”  So far, four have been published.  There is room for growing and the leaves are plenty, even storm clouds seem overwhelming, don’t forget there is sunshine and Alaska has plenty of it.

I have another style I want to make that my mom started for my younger sister, just need to gather all the materials and study the style, Quliitaq.  Quliitaq will have a drum design and made similar to Qaliq but slightly different.  One of the reasons I have been happy about winter not completely being over, I had a fur project that needed to be done.  It was done once snow really started to melt;

Experimenting with material. I used mostly scraps from bunch of qaspet (plural) I made and left over fur. I measured the traditional fur parka qaliq. I went from measuring to cutting back and forth like the wind we’ve been having lately.

I wanted to make sure the measurements were right. 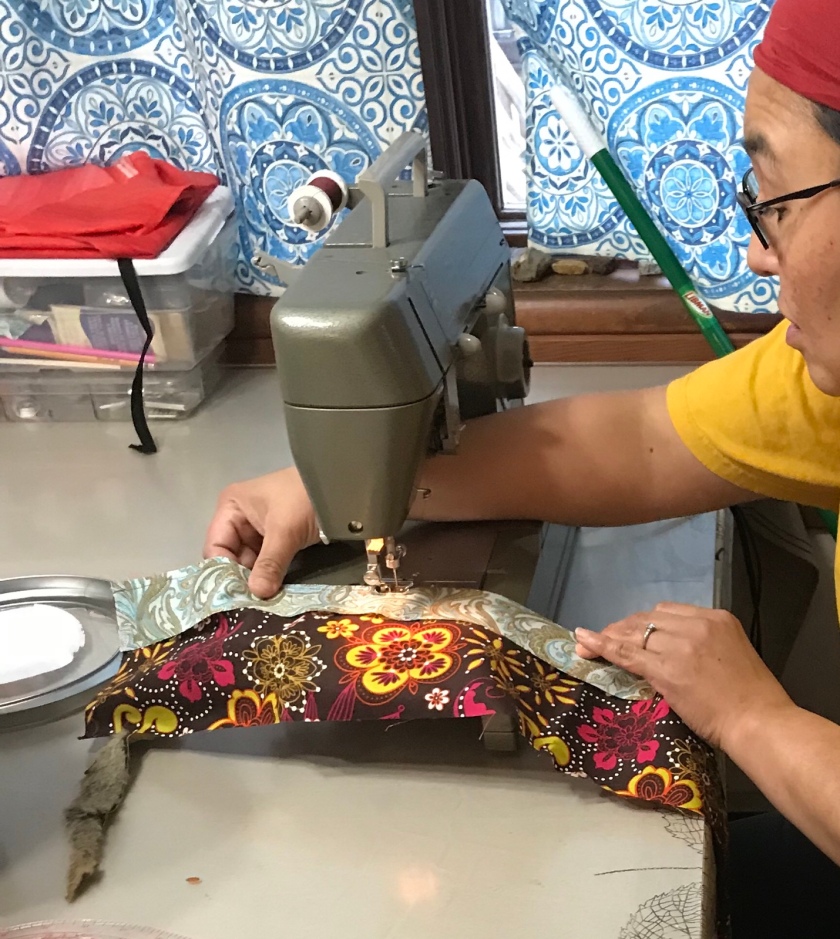 This was going to be easy- zooming with the sewing machine.

Small squares made it complicated. I think I’ll look for an easier way.

The shapes were true to their form. 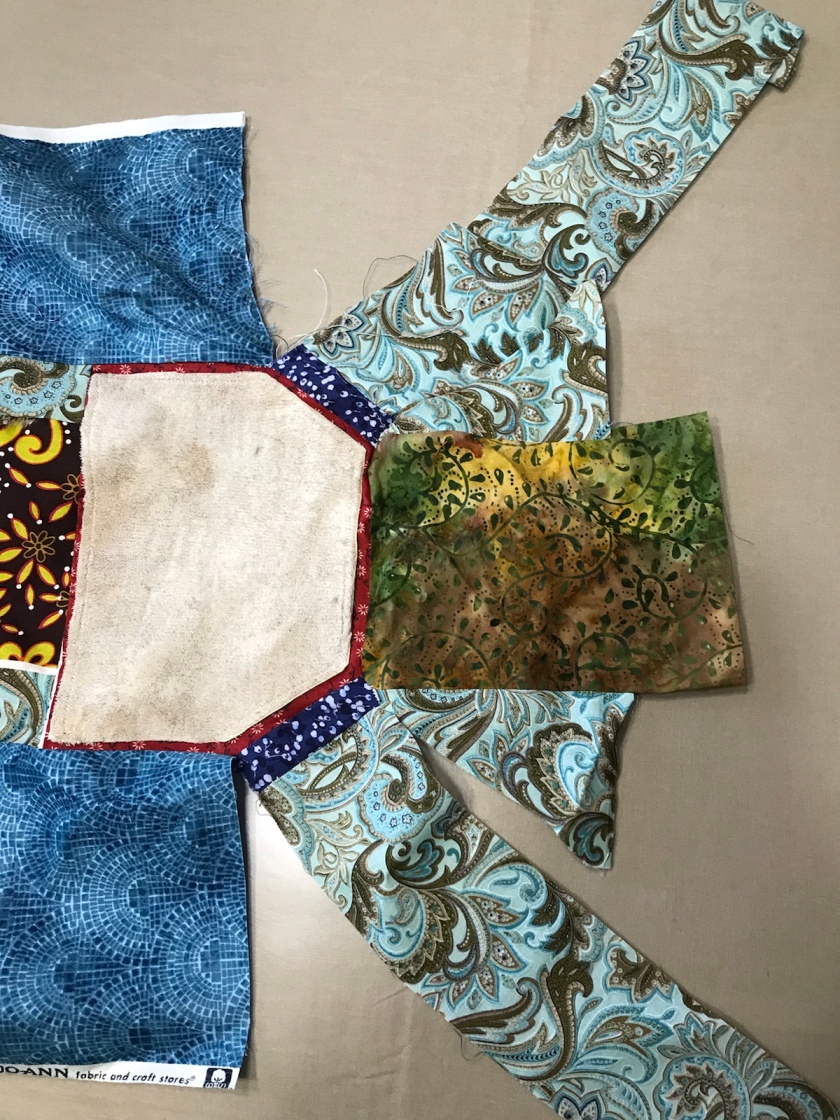 I decided to add some fur for fun.

The hood is exact shape. 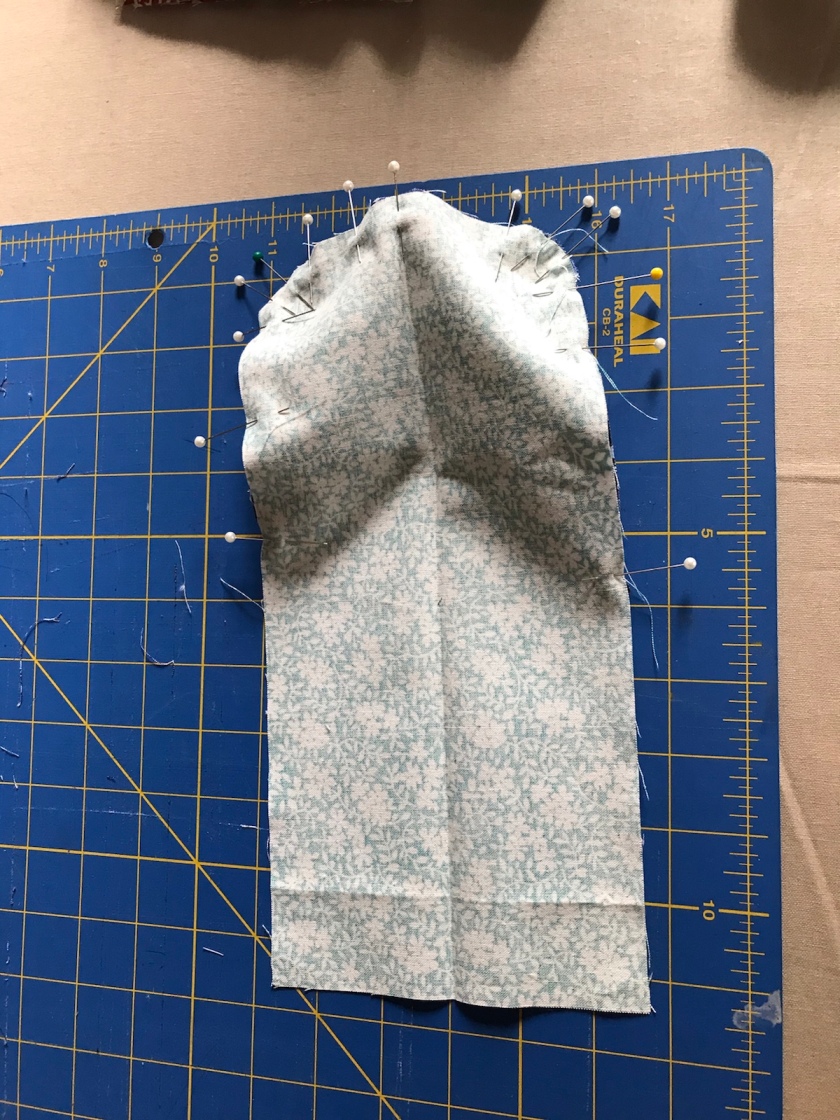 I almost messed up but I paused and thought for a bit- I didn’t want to redo the sewing. 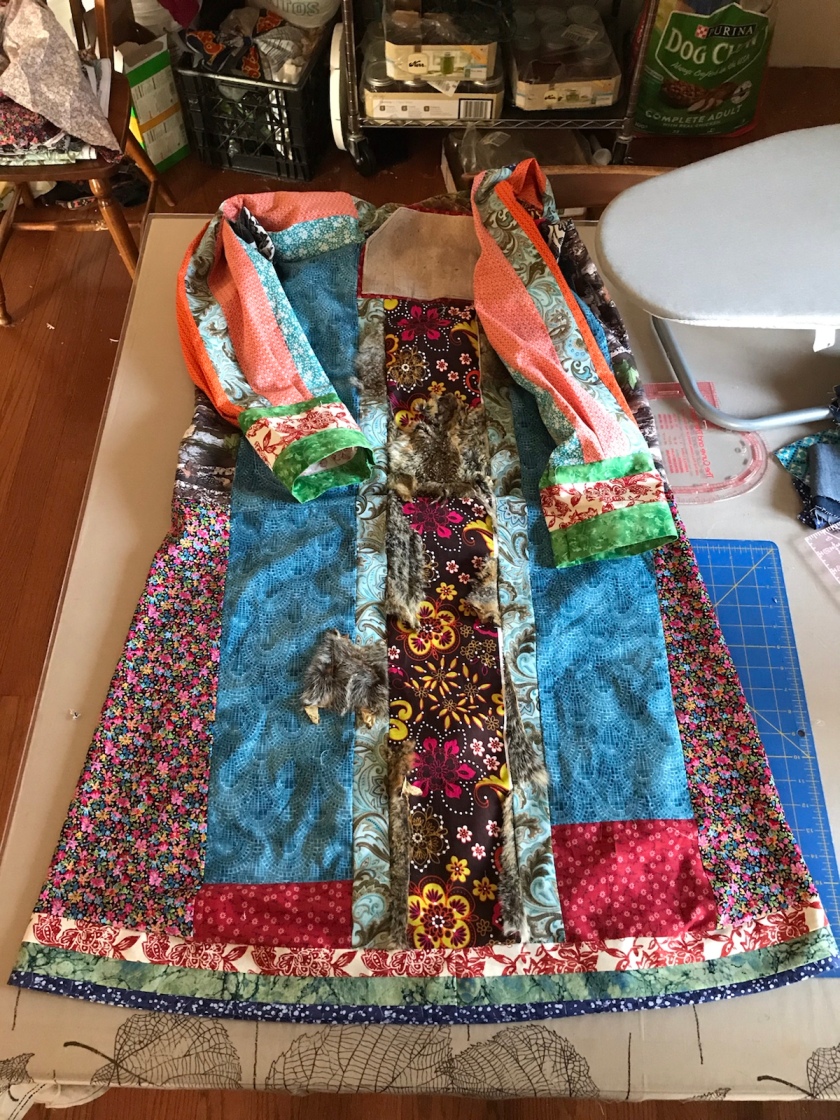 The side are adjustable to anyone’s size. The trimmings are same size as the fur trimming. 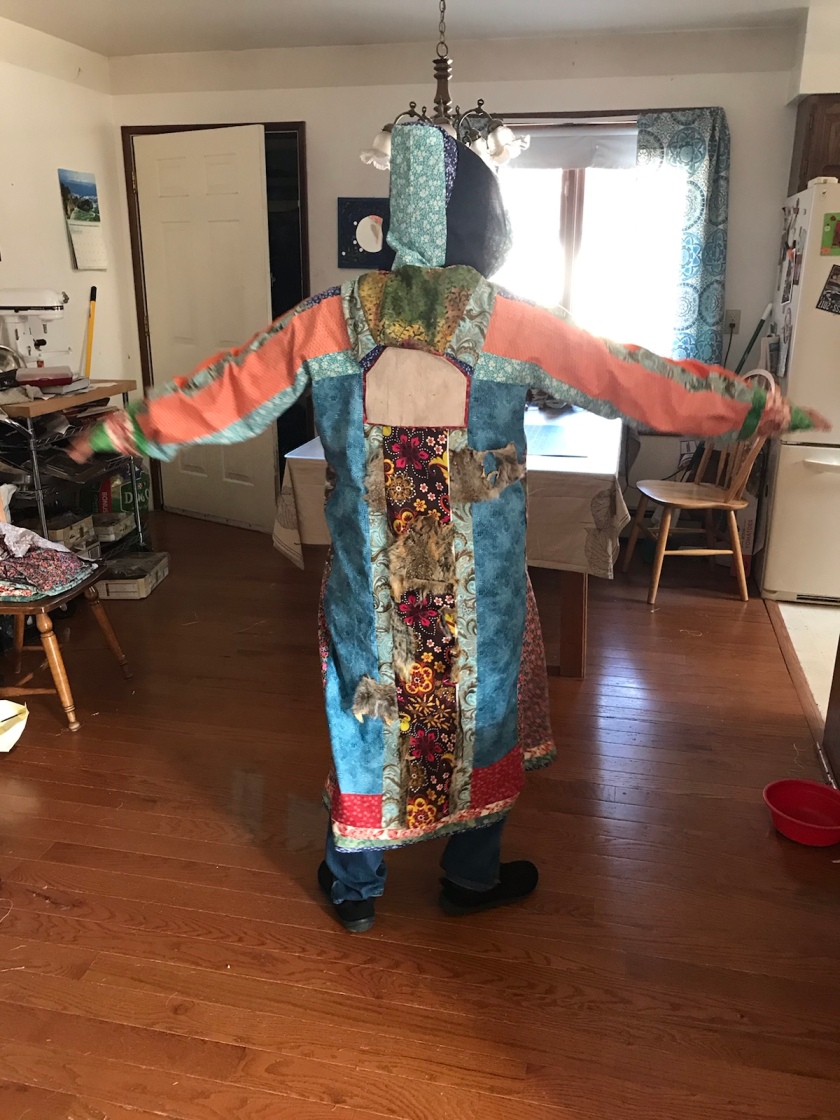 this was before the tassels were placed.

This was fast and easy part. I’ve seen similar designs as these.

Before it was brought over to the Alaska Bear Gallery I frantically searched for a manikin.

Frantic no more- I found these 😆

Yuaquvet; If you looking, search here